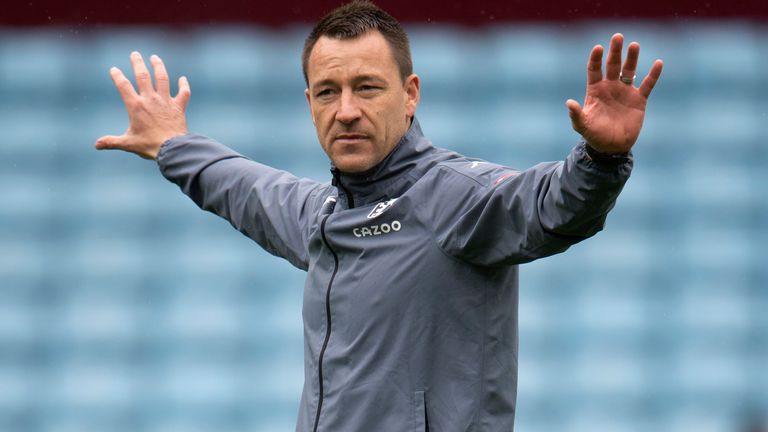 John Terry has resigned as Assistant Head Coach of Aston Villa after three years working alongside Dean Smith. The former Chelsea defender wishes to spend time with various wives before making his next career move.

“I’ve loved every minute at Villa,” the 40 year-old told Soccer on Sunday. “But I want to relax now with some wives, including my own. Anybody who knows me will say I’m football mad, but you can forget to put time aside to be a sleazy cunt. It’s about striking that balance between your career, and sleazing.”

“My wife is amazing,” said Terry. “But there’s a whole team of wives supporting me, who people never see. Unsung heroes? Probably their husbands wouldn’t see it that way, to be fair. But you’re always going to have different opinions.”

“Are you married?” he added, addressing a member of the assembled media. “I’d say the job probably takes you away from home a bit — you wouldn’t have a recent photo of the missus, would you?”