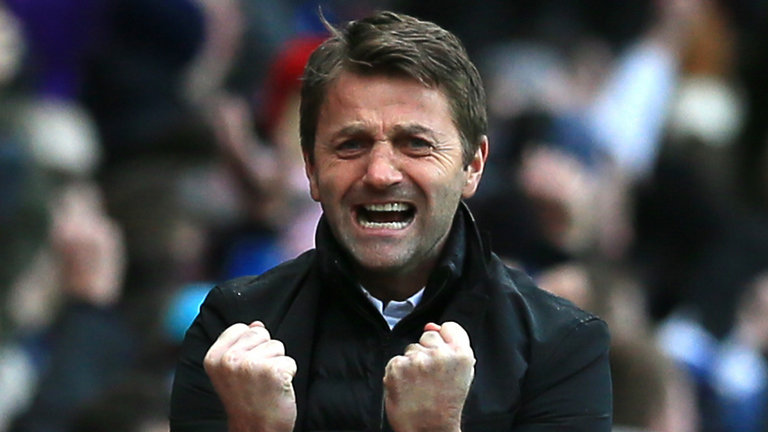 Tim Sherwood has announced the signing of himself, making Tim Sherwood the latest addition to his Villa playing staff. “Tim’s been there, done that,” said Sherwood, referring to himself in the third person. “We’ve maybe not had that kind of experience in the squad. But Tim’ll come in, and I expect he’ll take the dressing room by the scruff of the neck.”

“I’m humbled that the gaffer’s come in for me,” said Sherwood speaking later the same day during his unveiling. “Not many would take a punt on a 46 year old who retired a decade ago. But obviously, the gaffer thinks I can do a job.” 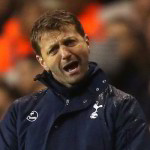 It is unclear whether Sherwood will be available for selection against Swansea. “We’ll take a look at Tim,” said Sherwood, “but he’s not played since 2005. It’s going to take time for him to build up his fitness.”

Sherwood was similarly philosophical about his chances of featuring at the weekend. “Well, the gaffer’s paid to make those decisions. I’m just here to play football for Aston Villa, and whenever he decides I’m ready, rest assured, I’ll sweat blood for the cause.”

Rumours that the manager and player have already been involved in a training ground bust-up, have been strenuously denied by the club.