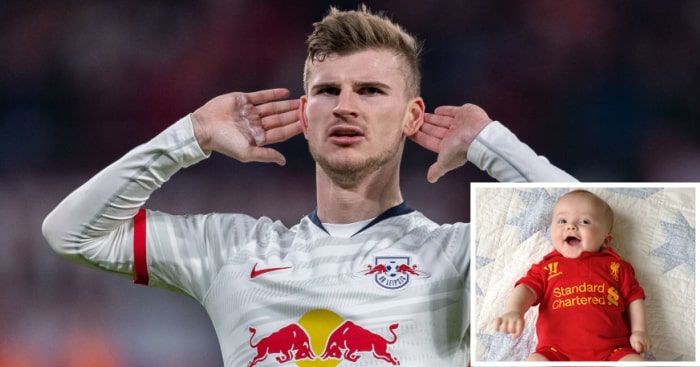 Timo Werner has named his newborn daughter ‘Anfield Shankly Werner’ in what appears another signal to runaway Premier League leaders Liverpool. The RB Leipzig striker denies that he is courting a transfer. 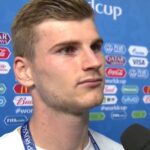 “No, that’s nonsense,” Werner told Soccer on Sunday. “My wife and I are very happy in Germany with our three daughters, Anfield Shankly Werner, Dalglish Istanbul Werner, and Souness Boot Room Werner.”

“The gaffer is doing an amazing job with Liverpool,” said the German. “Did I say gaffer? Slip of the tongue — I obviously meant Jürgen Klopp. But as I say, the gaffer’s been there and done that, so it’s flattering when someone of his stature illegally taps you up.”

“Now you’ll have to excuse me,” added Werner. “My dog, Virgil Van Carragher, has just savaged the neighbour’s cat.”