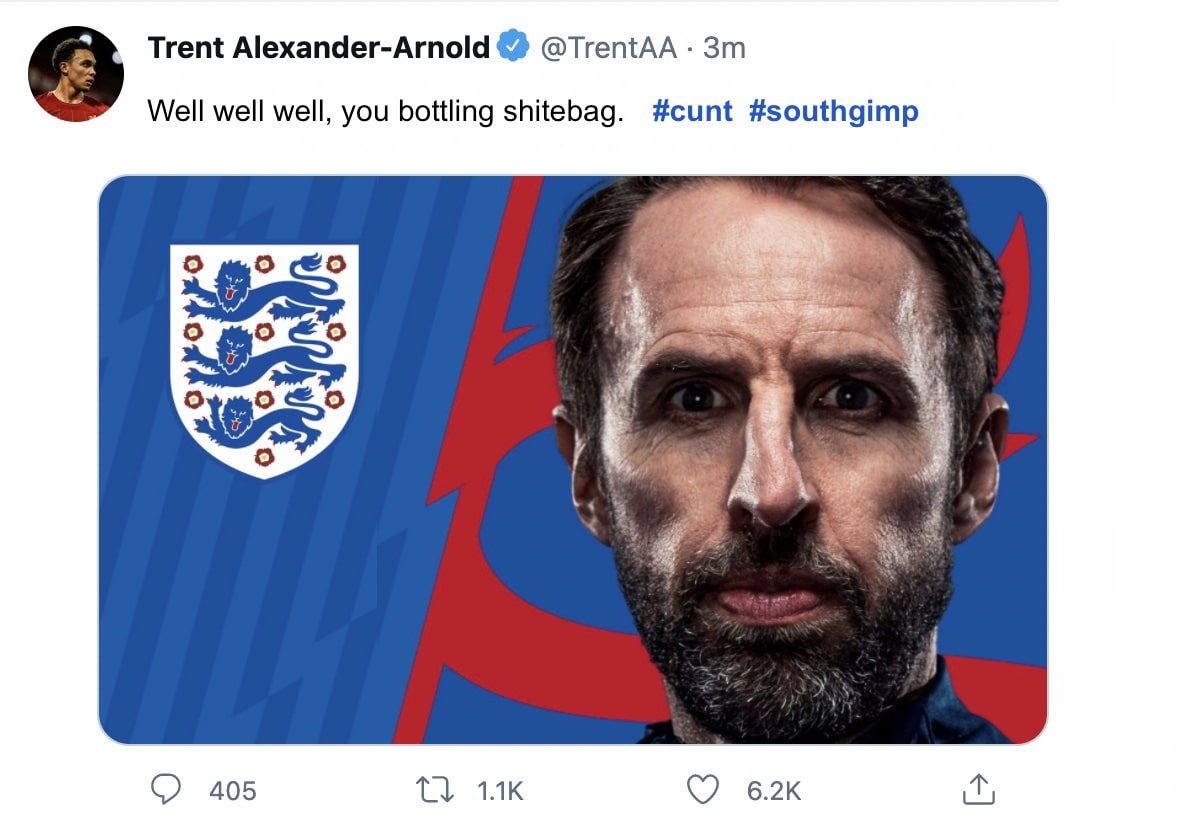 Trent Alexander-Arnold has taunted Gareth Southgate following his surprise inclusion in England’s 26-man Euros squad. Despite forcing his way back into his manager’s plans, the defender couldn’t resist a derogatory tweet.

“It’s just a bit of horrifically abusive banter,” Alexander-Arnold told Soccer on Sunday. “Gareth knows I only half-mean it. As I say, it’s all water under the bridge now between me and the bottler. Did I say bottler? I meant gaffer.”

“I’m basically undroppable now,” said the 22 year-old. “The gaffer will be slaughtered if he makes another U-Turn, so I’ll probably just sit on the sideline during England training shining one of those red laser beams into his eyes non-stop.”

“Just a bit of eyesight-damaging banter,” he added.