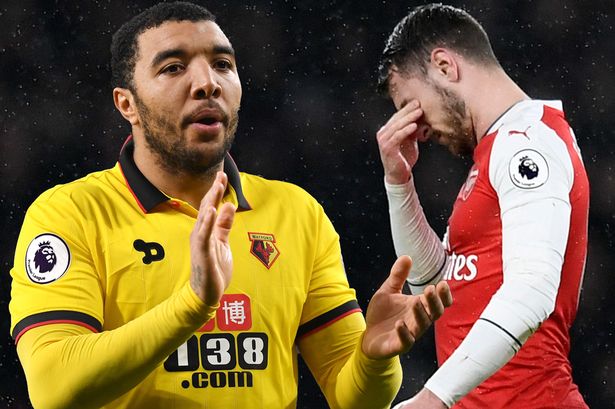 Troy Deeney has reignited his war of words with Arsenal following Watford’s thrilling 2 – 1 win over the Londoners last weekend. The Hornets captain accused Arsenal players of lacking “cojones” in a post-match interview. 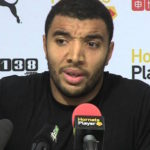 “Same old Arsenal,” the Birmingham-born striker told Soccer on Sunday. “I told Mertesacker after he headed one, ‘Merty you spineless, jelly-legged, windy little ladyboy. Do that again and I’ll kill you and your whole family’. Do you know what he said? ‘Sorry Troy. It won’t happen again.’ Unbelievable. He didn’t head a ball after that. ”

“I went into the Arsenal dressing room after the game,” added Deeney. “I handed Koscielny a sack of our dirty kit and told him I want it hand-washed before Saturday. He dropped it around last night. Absolutely spotless. I don’t know what fabric softener he used, but everything smells of jasmine. See what I mean? There’s your problem right there.” 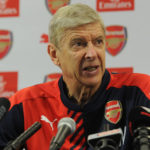 Arsène Wenger believes that the criticism is not justified.

“What’s wrong with jasmine?” the Frenchman told Soccer on Sunday. “Opponents often force my players to wash their dirty gear. This is normal. Other times they come to our dressing room just to beat us up. I remember Dele Alli once grabbing Aaron Ramsey’s hand and forcing him to punch himself, repeating over and over, ‘Stop hitting yourself, stop hitting yourself’. I’m proud of my players for not reacting.”

“Troy Deeney is a bully,” added Wenger. “My little Wenglets would be crazy to make him angry. The way to deal with a bully is to do what they say. Otherwise the wedgies will only be more intense, and I’ve seen enough Arsenal players wedgied to last a lifetime.”