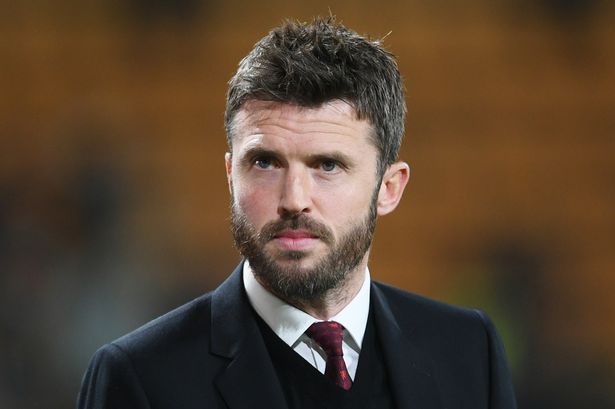 Michael Carrick has been promoted from Interim to full-time manager after UTD’s convincing Champions League away win over Villarreal. Ed Woodward moved quickly to tie the 40 year-old down on a long-term contract.

“I’m confused, if I’m honest,” Carrick told Soccer on Sunday. “5 minutes after the final whistle, Ed came bounding towards me, screaming that I should name my price. His little legs were moving so fast that he ran past me and face-first into a wall. When I pointed out my lack of experience, he said ‘Experience Schmexperience’.”

“I texted Ole before putting pen to paper,” said the former midfielder. “Just to assure him that this wasn’t planned. He replied calling me a sneaky, backstabbing two-faced cunt, and says that he’ll slit my throat if I ever set foot in Oslo.”

“He’s capable of it too,” added Carrick. “I once saw Ole murder a homeless man, just to see how it felt. There’s a dark side to him.”