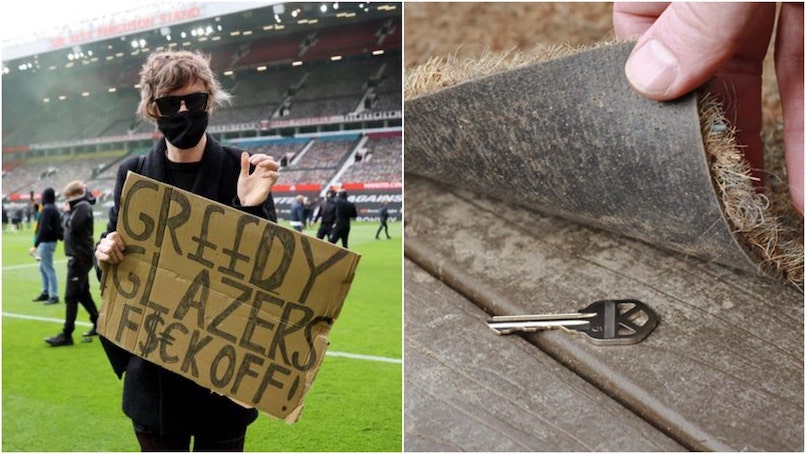 Manchester UTD have been criticised for leaving the key to Old Trafford under a mat outside an entrance. Protesting fans used the key to enter the stadium, eventually leading to postponement of the club’s fixture against Liverpool.

“It’s unfortunate,” Ed Woodward told Soccer on Sunday. “Leaving the stadium key under a mat was a mistake. Usually we leave it under a flower pot outside reception. People don’t think to look there. We’ll be reviewing where outside is considered best practice to leave the key — mat, pot, or under something else entirely.”

“I talked to Joel Glazer this morning,” said the 49 year-old. “His preference is for the key to be under the pot, and for the mat to be removed altogether. He also called our wonderful fans scumbags — all of them, not just those who entered the stadium.”

“I’m appealing to whichever fan has the key to return it,” added Woodward. “We never got around to having a spare cut.”