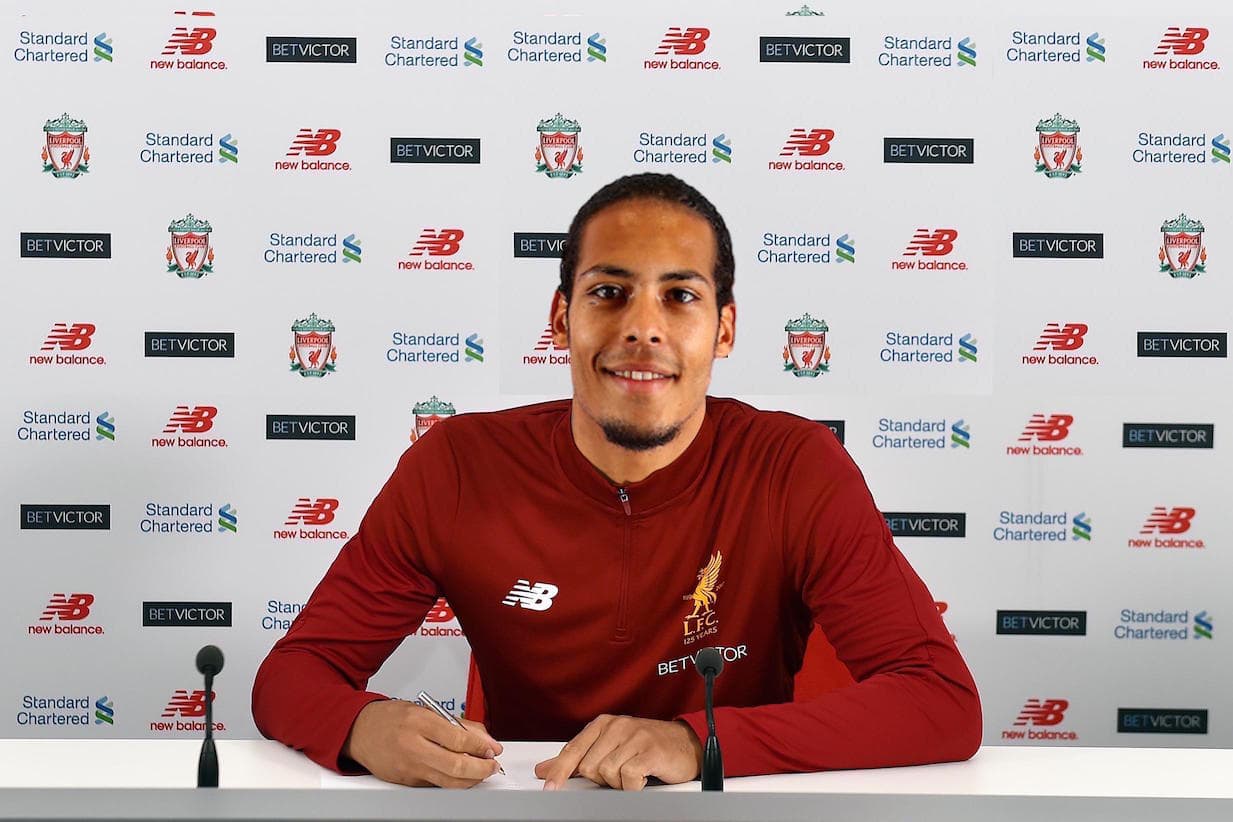 Liverpool have completed the signing of Virgil Van Dijk from Southampton in a deal worth a reported £200k per-week. The Merseysiders were forced to apologise in June for tapping up the defender, but managed to exploit a loophole to sign their number one target before closure of the transfer window.

“It’s simple,” the Dutchman told Soccer on Sunday. “I just changed my name by deed poll. Virgil Van Dijk has a contract with Southampton, but Larry Hornwinkle doesn’t. I’m surprised no one else has thought of this, although the flood gates will probably open now. I met Philippe Coutinho at the registry office, and he was filling out a form to become Pat Brennan.”

“Brennan turns my stomach,” added Hornwinkle. “I told him as much. I said, ‘Here Brennan, you little Brazilian shitebag. Why are you trying to leave a great club like Liverpool?’ ‘Fuck off Hornwinkle and mind your own business,’ he shouted at me. Those Brennans have no class.”

“It gives power back to the players,” Balls told Soccer on Sunday. “I’m free to go anywhere I please as Frank Balls. I just want to do the Balls name proud, like all the Sanchez’s before me. I’ve no crystal ball, but as a ball player, I want to be a ballsy Balls and not make a balls of things.”

“My wife Perov isn’t best pleased,” added Balls. “Perov Balls doesn’t sound great. I probably didn’t think that through when I was filling out the form.”