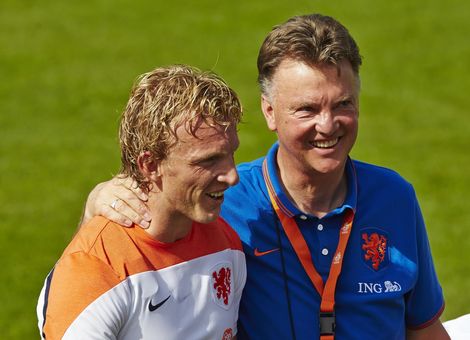 Manchester UTD have made an official bid for Dirk Kuyt in a move that is sure to raise eyebrows among the club’s fanbase. Describing the approach as a “last throw of the dice”, manager Louis Van Gaal seems less than confident about the impact the Feyenoord striker might make at Old Trafford.

“Dirk is 35 years old,” Van Gaal told Soccer on Sunday. “In his prime, he did not score many goals. Why should it be different now that he is older?”

“Clearly I am out of ideas,” added Van Gaal. “It’s this, or Fellani as goalkeeper. Those are my last two ideas, and I think Fellani in goal would cause more problems than it solves.”

Kuyt enjoyed significant playing time under Van Gaal with the Dutch national team, and the ex-Liverpool striker didn’t rule out the idea of rejoining his former manager.

“I was shocked when Louis rang me,” Kuyt told Soccer on Sunday. “I told him that I’m not the player I was. But he said that it doesn’t matter, that nothing matters any more, and then he started to cry. Then I heard some commotion and it sounded like he was wrestling a woman to the ground. It was very disturbing.” 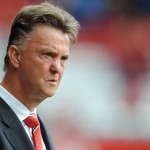 Some will view the bid as further evidence of increasingly bizarre behaviour from the UTD manager. The Dutchman reportedly appeared for training on Wednesday dressed as Darth Vader from the Star Wars movies, and several players have also complained of being stalked by Mr Van Gaal.

“One minute I’m driving home from training,” said Juan Mata. “Next minute the gaffer appears from nowhere on the backseat. I nearly crashed the car. I offered to drive him home, but without a word he opened the door and rolled out at the next bend.”

Van Gaal insists that these incidents have been taken out of context. “Honestly, you cannot come to work naked one time without someone yelling ‘meltdown’. It’s sad.”