Watford have announced that from next season, the western side of Vicarage Road will be renamed The David Furnish Stand. On the other side of the ground already sits The Elton John Stand, named after Furnish’s husband.

Honorary Club President Elton John is delighted with the decision. 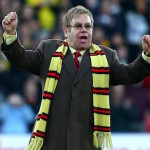 “What a wonderful tribute,” the Rocket Man singer told Soccer on Sunday. “David hates football, and yet he’s become a Watford icon. Fans love him. They see him looking down from the luxury box 3 times a year, and appreciate the trouble he’s taken to helicopter all the way in from Venice.”

“Nobody is more deserving,” he added. 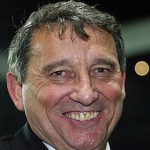 The David Furnish Stand replaces The Graham Taylor Stand, less than two years after the former manager was honoured.

“It’s devastating,” Taylor told Soccer on Sunday. “I managed Watford for 15 years and achieved umpteen promotions. What’s Mr Furnish done? I know he had the physio table replaced with a tanning bed, and I’m hearing that he blew half the academy budget on scented candles.”

“Bananarama sang here once,” added Taylor. “Why not name a stand after them too?” 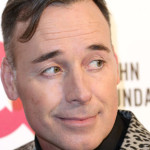 Furnish insists that the former England manager is suffering from sour grapes.

“Graham is more than welcome to cheer on Watford Town from the David Furnish Stand any time.” he told Soccer on Sunday. “Our offense is good at the moment. He might even see a touchdown.”