Will Grigg’s Wigan Home Burns Down 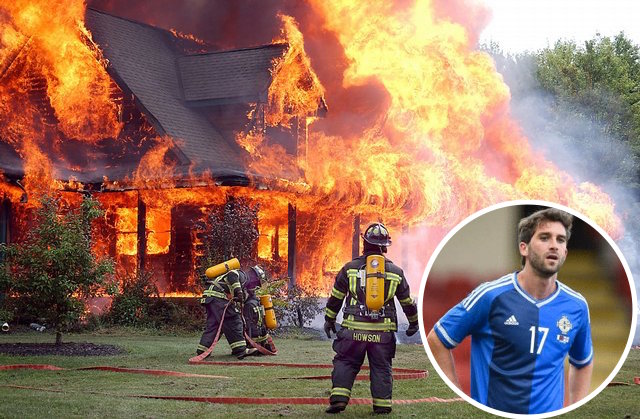 The home of Northern Irish striker Will Grigg was ravaged by fire last night. The League One top scorer and his family escaped unharmed, but the 1.5 million pound mock Tudor Mansion outside Ashton was reduced to ashes. 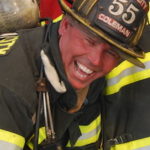 “I’ve never laughed so much,” fireman Dave Johnson told Soccer on Sunday. “I was first on the scene in Truck 2 and the fire was still tiny. But when a local told us it was Will Grigg’s house, we just fell around. I couldn’t breath, I was laughing so hard. It took us five minutes to get our shit together, and by then the fire was unstoppable.”

“Grigg was upset,” added Johnson. “He wanted to know how the fire started. I asked if he’d been in the house earlier. He said yes, and I said ‘there’s your problem right there’. Again, the boys fell around. Then my pal Mike filmed himself blasting Grigg in the face with the hose — you know, to put him out? I swear, I nearly pissed my pants.” 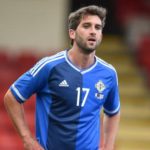 Grigg was left unimpressed by the reaction.

“What’s fun about a man losing his home?” the Wigan hitman asked Soccer on Sunday. “I’m desperately trying to put the fire out with saucepans of water, and my neighbours are jumping around singing Will Grigg’s on Fire. The more I begged for help, the louder they na-na-na-na-na, na-na-na, na-na’d.”

“It wasn’t right,” added Grigg. “I was in the middle of giving my cat mouth-to-mouth resuscitation when a bunch of neighbours pulled me onto their shoulders and carried me to the local. By the time I got back, Sir Wigansalot was brown bread. I loved that little fur ball.”

Wigan supporter Sean Kennedy confirmed that he is working on several remixes of his monster hit.