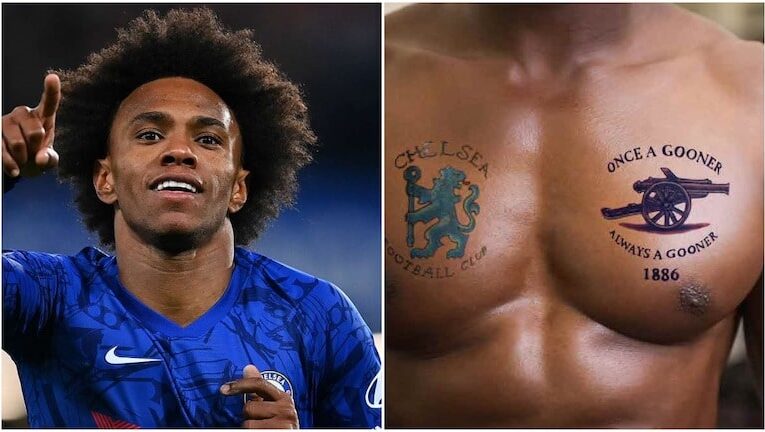 Willian has posted a picture of his new Arsenal crest tattoo on Instagram ahead of a rumoured 3 year-deal to join Mikel Arteta at The Emirates. The Brazilian also sports a tattoo of bitter rivals Chelsea, for whom Willian has played since 2013. 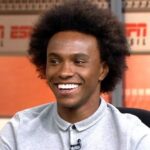 “For sure, I’ll get rid of the Chelsea tattoo,” said Willian. “I ran a Brillo Pad over it this morning and now it says ‘elsea ootball lub’. Too painful though. I’ll have to get the laser.”

“Could have been worse,” he added. “David’s Chelsea tattoo was on his arse. He tried a Brillo Pad and ended up in casualty.”