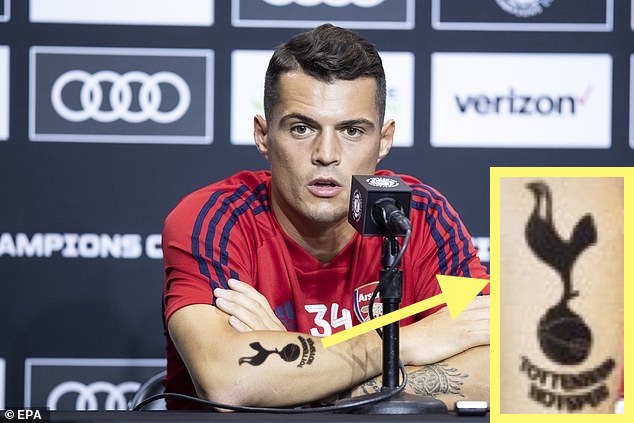 Granit Xhaka has infuriated Arsenal supporters by tattooing the crest of London rivals Tottenham Hotspur on his right forearm. The artwork marks another deterioration in the fraught relationship between the Gunners captain and fans. 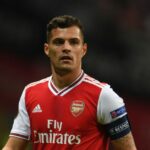 “Ball’s in their court now,” Xhaka told Soccer on Sunday. “Every time they boo me, I’ll get another Spurs tattoo. Betrayal is the only language these fickle cockney scumbags understand. And if they go after the missus on social media? So help me, I’ll get plastic surgery to look like Harry Kane.”

“I hate them,” added the Swiss international. “People say that a captain must be one with the fans, but I’d be lying if I said that I don’t hope they all die. I only wish I could finish them myself with my Swiss Army Knife — or as we call them in Switzerland, an Army Knife.” 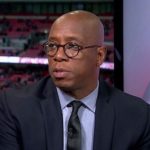 “Granit’s on dangerous ground,” the Gunners legend told Soccer on Sunday. “He should apologise for threatening to kill the fans with his Army Knife — or as we call them in North London, a Swiss Army Knife.”

“As a player, you cross a line when you kill a fan,” added Wright. “If he goes down that road, it’s difficult to see a way back for the lad.”